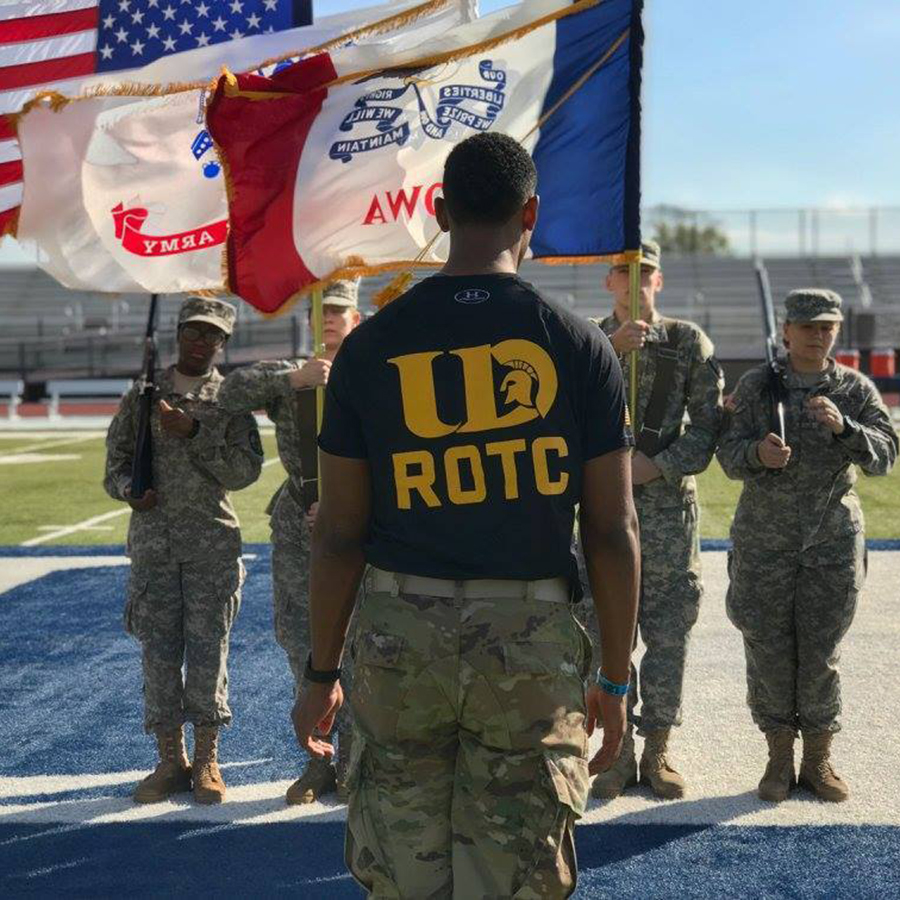 What is Army ROTC?

Gain a wide range of experiences while you work toward a degree
Army ROTC produces officers -- 75% of all Army officers. Founded in 1916, Army ROTC has produced more than one-half million lieutenants for the U. S. Army. It remains the broadest avenue for men and women seeking to serve as officers. An Army officer is a prestigious professional who serves as a leader of one of the most respected institutions in America.

Army ROTC also is a college elective you can try out for up to two years with no obligation. Unlike many traditional college programs, Army ROTC gives you a wide range of experiences while you work toward a degree. You'll combine classroom time with hands-on experience, learning skills that are sure to give you an edge over your peers when it comes time to look for a job. Whether you're planning a career in the Army or the corporate world, Army ROTC is a smart elective course to take. As part of Army ROTC, you'll be in the company of a diverse group of individuals with broad interests. Individuals who were presidents of their student governments, captains of their varsity sports teams, club presidents, or members of the National Honor Society.

Your studies will include: Leadership Development, Military Skills, and Adventure Training. Army ROTC courses teach you how to succeed in a competitive world both in college and beyond.

Many prominent Americans got their start through Army ROTC. The program has produced two U.S. Secretaries of State, innumerable business and civic leaders and a female astronaut. Among the more famous graduates of the program are Colin Powell, Sam Walton, Earl Graves, Lenny Wilkins, and James Earl Jones.

"Service as an Officer for Just a Few Years Will Put You Ahead of Almost Everyone Else."

"We Prepare You for Success in Any Walk of Life -- Corporate America, Government or Non-Profit Organizations."

Army ROTC is the best leadership course in America!

Army Reserve Officers' Training Corps (ROTC) was started by Captain Alden Partridge, who was a former superintendent of the U.S. Military Academy in West Point, New York. He traveled to Norwich, Vermont and created the American Literary, Scientific and Military Academy. From there, his creation of making Army Officers at a civilian university took place.

However, it was with the National Defense Act in 1916 that ROTC was officially recognized by the US government. Signed by Woodrow Wilson, he helped establish a tradition of distinguished service from its ROTC graduates. One hundred years later, the Army ROTC Program has commissioned a majority of Army Officers with over 600,000 men and women nationwide.

Learn more about the history of the ROTC at: www.cadetcommand.army.mil/history