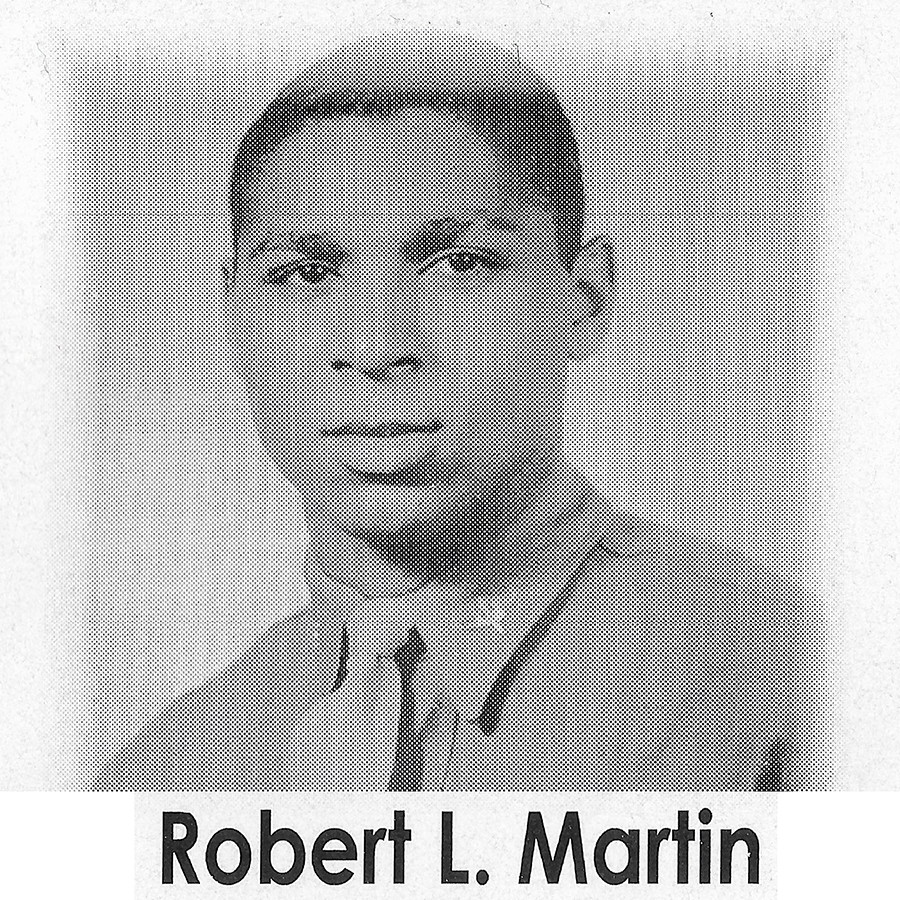 DUBUQUE, Iowa - A new initiative at the University of Dubuque will celebrate Black lives, creativity, ingenuity, and contributions to American heritage.

Captain Martin was an original member of the Tuskegee Airmen, a Black segregated aviator group in the US Army Air Corps. The man known as "Fox" grew up in Dubuque. He graduated from Dubuque Senior High School and earned a bachelor's degree in electrical engineering from Iowa State University. At the age of 23, he graduated from flight training at the Tuskegee Army Air Field in Alabama.

When he arrived in Italy, Captain Martin joined the 100th Fighter Squadron, part of the all-Black 332nd Fighter Group. In 1945, while flying his 64th mission, his plane was hit by enemy fire. Captain Martin bailed out and landed behind enemy lines in Yugoslavia. After a month at an Allied mission manned by British soldiers, Captain Martin was airlifted to Italy and eventually returned home. Following the war, he received his military discharge at the rank of captain.

"As a native Dubuquer myself, it was fascinating to learn of another hometown son, Captain Martin, and his impact on America's WWII efforts through the Tuskegee Airmen. In order to honor his bravery and contributions, Heritage Center and our campus partners have assembled an entire series of programming devoted to African Americans like Captain Martin who have made a positive difference locally and on the world stage. By recognizing Black leaders and recounting the story of Black heritage in America, we hope to bring greater recognition to Captain Martin, a native aviator and hero, and perhaps inspire young people," said Thomas Robbins, executive director of Heritage Center and member of the Captain Robert L. Martin Black Heritage Tribute Committee.

"The University of Dubuque community was blessed to hear Captain Martin speak in January 2006 at Blades Hall with First Lieutenant Beverly Dunjill. Captain Martin's story as one of the original Tuskegee Airmen is one of strength and courage. The Captain Robert L. Martin Black Heritage Tribute is a wonderful opportunity for us, in a small yet real way, to honor the contributions Captain Martin made in service to our country," said University of Dubuque President Rev. Jeffrey F. Bullock, PhD.

After the war, Captain Martin worked as an electrical engineer in Chicago. He spent his final decade in Olympia Fields, Illinois, where he passed away on July 26, 2018. He was 99.

To celebrate the new initiative, the Captain Robert L. Martin Black Heritage Tribute Kick-Off Event will be held Monday, Sept. 27, 2021, in Heritage Center. The event is free and open to the public.

At 6:30 p.m., the event will begin with a program in John and Alice Butler Hall featuring speakers who will underscore the life and legacy of Captain Martin. Speakers will include Gabrielle and Dominique Martin, two of Captain Martin's children; Kenneth Rapier, president and chief pilot of the Chicago Chapter of the Tuskegee Airmen; Kim Rowe (C'16), coordinator of the Young Eagles, a program developed by the Experimental Aircraft Association and cosponsored by the Chicago Chapter of Tuskegee Airmen; and Nelson Edmonds, dean of student engagement at UD.

"On behalf of the family of Captain Robert L. Martin, we thank the University of Dubuque and the Captain Robert L. Martin Black Heritage Tribute Committee for its recognition. The honors for the perseverance of this hometown veteran are welcomed. Robert's curiosity led him to build and fly kites, to fly airplanes, and to serve his country as a fighter pilot when his country did not value his efforts. Robert's battles and sacrifices helped America honor its constitutional promises of equality and win the war. Robert's compassion for his fellow soldiers and his heroism in the face of enemy combatants helped ensure the many freedoms we all enjoy today. We hope this initiative lights the way for others to reach high and achieve their dreams," Gabrielle Martin said.

The Captain Robert L. Martin Black Heritage Tribute Kick-Off Event will continue at 7:30 p.m. in the Bisignano Art Gallery with the opening of "12 Tuskegee Airmen from Iowa." Near the art gallery will be "Unconditional Loyalty: The Military Service of African Americans," a portable exhibit from the African American Museum of Iowa in Cedar Rapids, Iowa. Complimentary refreshments will be available.

The evening will conclude with a screening of Red Tails, a 2012 film about the Tuskegee Airmen, at 8 p.m. in John and Alice Butler Hall.

SCHEDULE OF EVENTS
Additional events, including those organized by the University of Dubuque's Department of Fine and Performing Arts and student organizations, will be added.

Direct from NYC, the epicenter of contemporary pop and soul, and with humble beginnings in Harlem, Uptown is a group of young men who combine the smooth stylings of old-school R&B with today's hits. Each singer is a soloist who brings crowds to their feet singing along. An Uptown show exudes freshness and fun in a way all ages enjoy. Backed by a tight four-piece band, this trio of young Temptations with moves like the Jackson 5 and the energy of Bruno Mars offers a performance with modern style and irresistible swagger. Witness classics like "My Girl," "I Want You Back," and "Uptown Funk," all reimagined with youthful passion and exuberance.

The Captain Robert L. Martin Black Heritage Tribute Kick-Off Event will begin with a program at 6:30 p.m. in John and Alice Butler Hall with speakers who will underscore the life and legacy of Captain Martin. It will also include the opening of "12 Tuskegee Airmen from Iowa" at 7:30 p.m. in the Bisignano Art Gallery and a screening of Red Tails at 8 p.m. in John and Alice Butler Hall. "Unconditional Loyalty: The Military Service of African Americans," a portable exhibit from the African American Museum of Iowa in Cedar Rapids, Iowa, will be available for viewing near the art gallery.

This exhibit will feature 12 Tuskegee Airmen, including Captain Martin, who served their country.

UD will host a unique traveling exhibit that allows audiences across the country to not only learn but also experience the inspiring stories of the Tuskegee Airmen and Women Airforce Service Pilots (WASP) while being immersed in a theatrical experience. RISE ABOVE: Tuskegee Airmen Traveling Outdoor Exhibit will be open to the public on the following dates and times:

Black Boy, performed by Literature to Life, is the powerful account of one young man's journey from innocence to experience as a black youth living in the Jim Crow South. It is both the unashamed confession of a proud non-conformist and a profound indictment - a poignant and disturbing record of social injustice and human suffering.

Wings of Courage is an original play from Mad River Theater Works with music that tells the remarkable story of the first African American to fly a plane in combat. Set in the early 20th century in the years leading up to World War I, this one-act drama explores the unbelievable life of Eugene Bullard, a professional boxer, World War I flying ace, jazz musician, and spy. The color of Bullard's skin prevented him from taking his place alongside other American heroes of his day, but that did not stop him. Wings of Courage shows how Bullard's determination and perseverance helped him overcome discrimination throughout his life. It is an uplifting tale of vision and hope. Robert F. Jefferson Jr., an authority on African American history, will follow Wings of Courage with a presentation on the African American military experience.

Douglas Taurel's The American Soldier is a mosaic of narratives based on and inspired by real stories and letters written by veterans and their families from the American Revolution, the Civil War, WWI, WWII, the Vietnam War, and the conflicts in Iraq and Afghanistan. In this one-man show, Taurel performs as men, women, children, African Americans, Southerners, Northerners, and Hispanics to reveal the struggles American soldiers face at war and their internal struggles to return home. This tapestry of different influences of race, nationality, and ethnicity is what makes this show captivating. It is what The American Soldier is about - the human story. The show's goal is to honor our veterans and say thank you to their families for their immense sacrifices to our country.

Spring Convocation officially opens the spring semester and begins a period of celebration and learning of the global diversity that makes the University of Dubuque special. It is a way for us to pause, give thanks to God for the gift of our community, and continue the process of exploring ways to learn, grow, and understand cultures that may or may not be different than our own.

DRUMLine Live is an international tour based on the soulful, high-stepping style of the Historically Black College and University (HBCU) marching band experience. Performances incorporate original compositions and soul-infused interpretations of Top 40 hits that range from colorful, choreographed routines to heavy doses of drum riffs and cadences. Featured in Beyonce's unforgettable performance, Homecoming: A Film by Beyonce.

This original play with live music explores the valiant personalities behind one of the most critical chapters in the history of the civil rights movement demonstrating the importance of working together to affect change and how non-violent protest was used to combat the cruelties of segregation.

This exhibit will feature Black artists from Dubuque and display different genres of media.

In the history of jazz music, there is only one bandleader whose orchestra is performing sold out concerts, with members personally chosen by him, for over 30 years after his passing. Pianist and bandleader William James "Count" Basie was and still is an American institution that personifies the grandeur and excellence of jazz. Today directed by Scotty Barnhart, the Legendary Count Basie Orchestra has won every respected jazz poll in the world at least once, won 18 Grammy Awards, performed by Kings, Queens, and other world royalty, and appeared in movies, TV shows, and every major jazz festival and concert hall in the world. 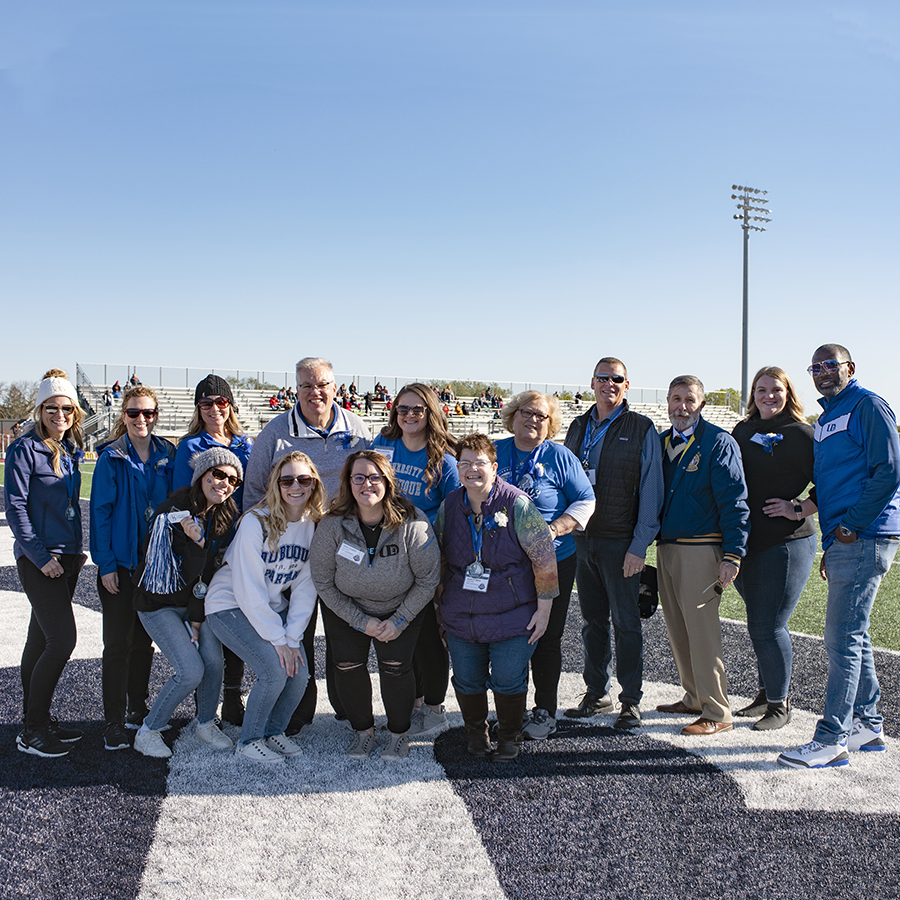 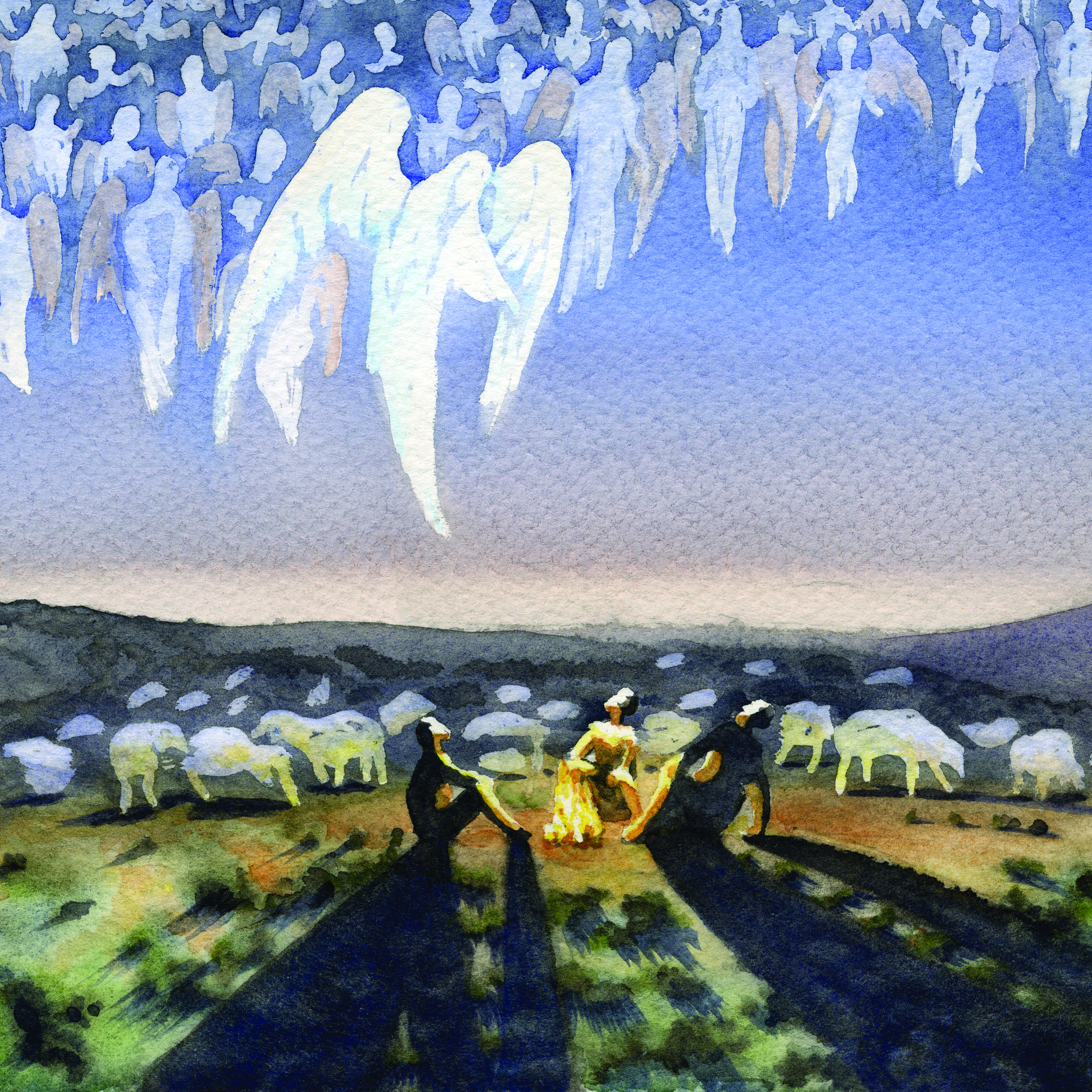 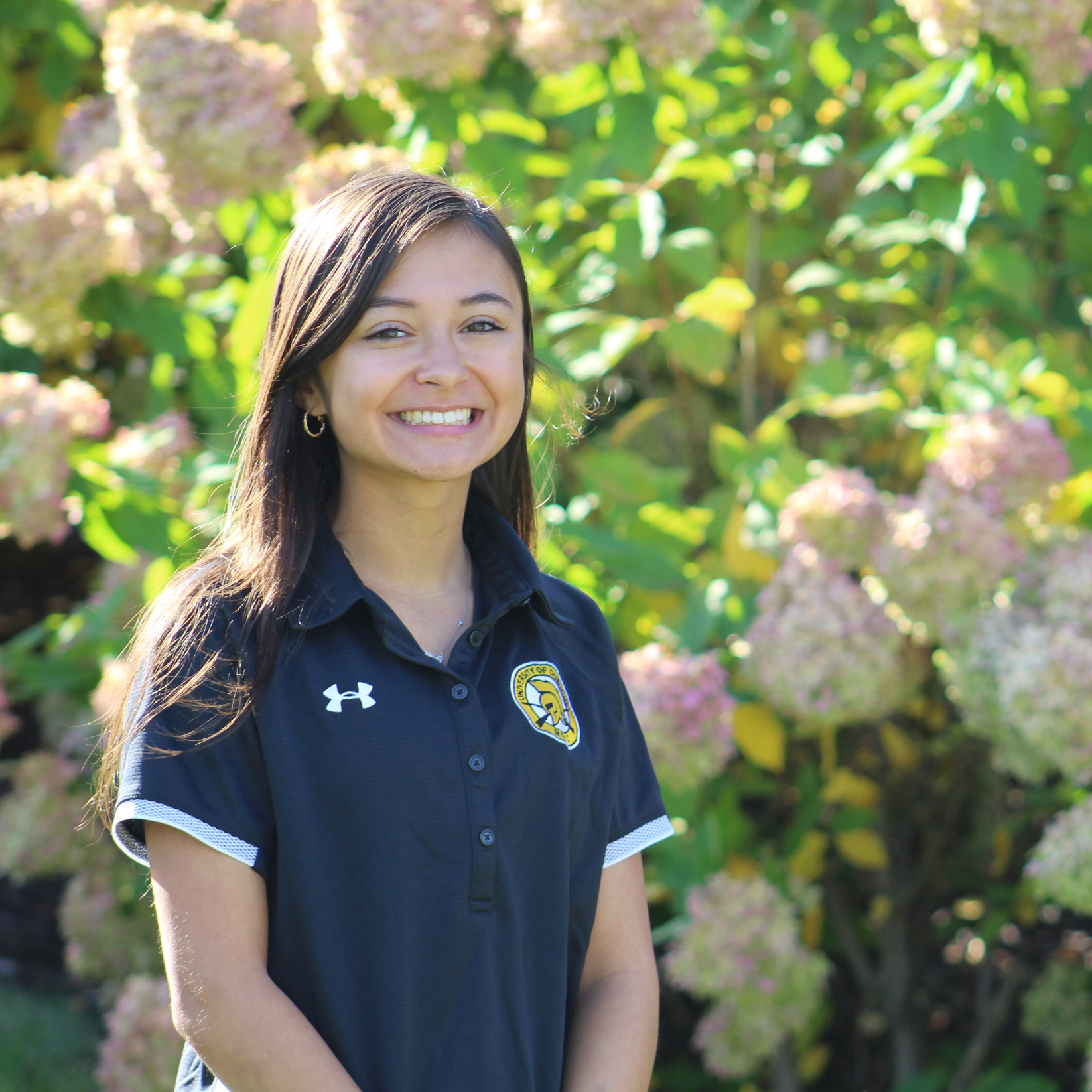 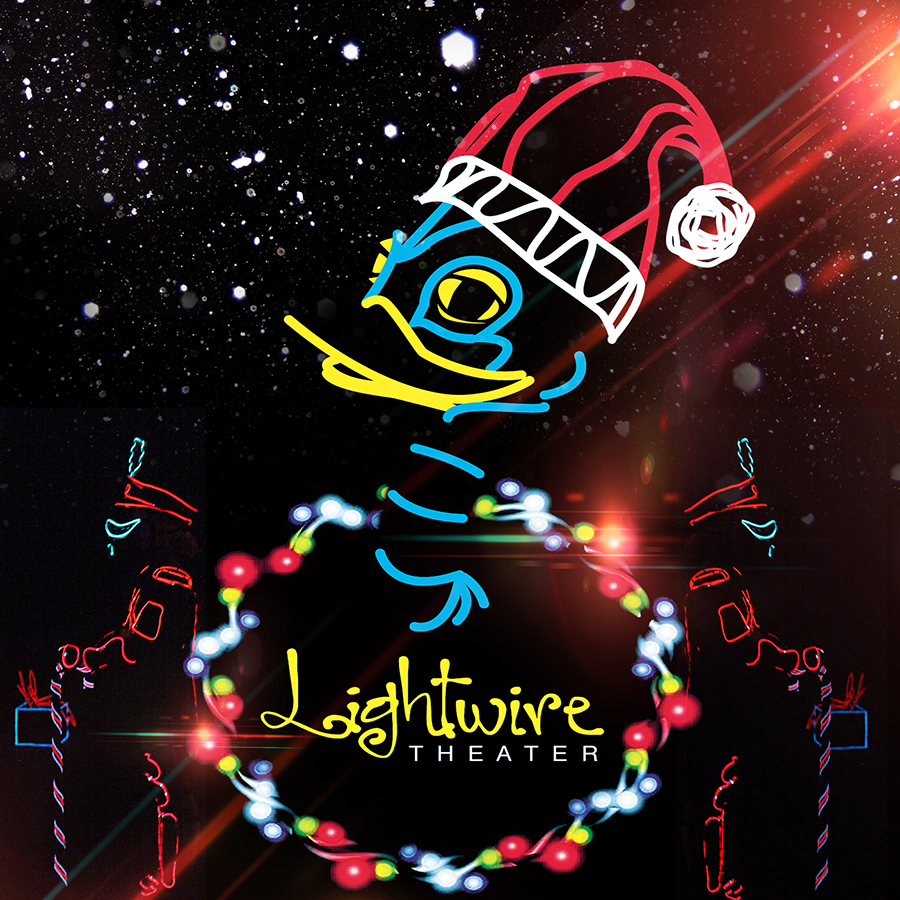