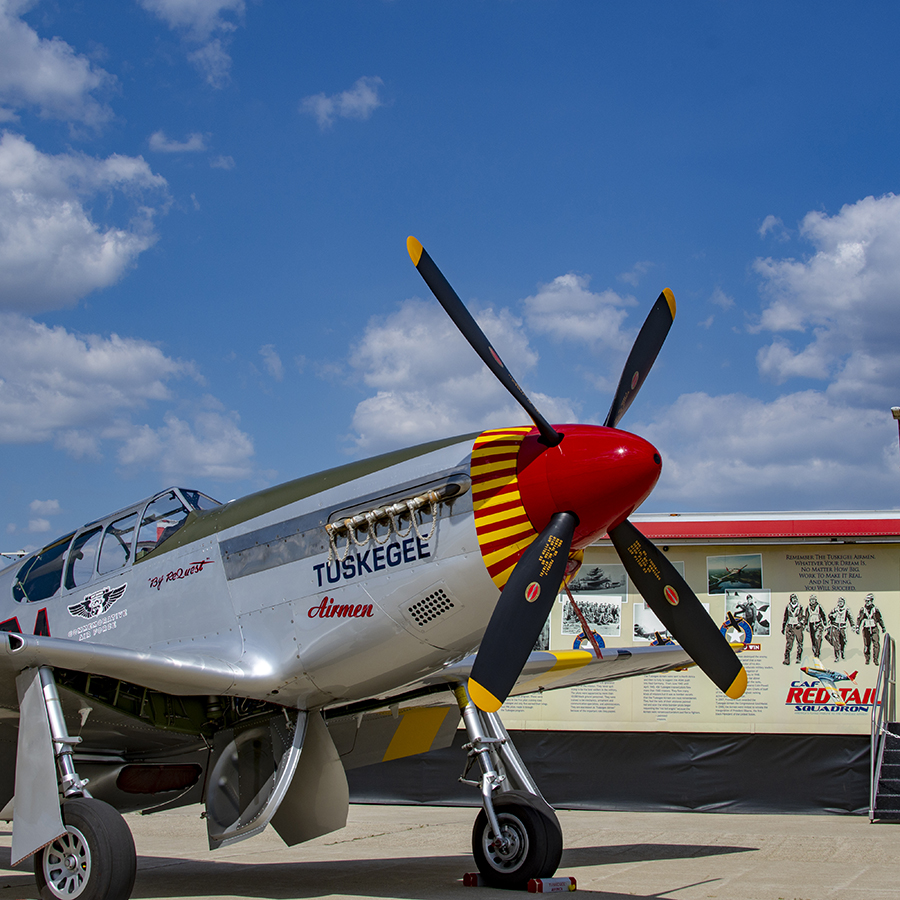 DUBUQUE, Iowa - The University of Dubuque will host a unique traveling exhibit that allows audiences across the country to not only learn but also experience the inspiring stories of the Tuskegee Airmen and Women Airforce Service Pilots (WASP) while being immersed in a theatrical experience.

RISE ABOVE: Tuskegee Airmen Traveling Outdoor Exhibit will be open to the public on the following dates and times:

The traveling exhibit is a 53-foot one-of-kind climate-controlled mobile theater that features the original panoramic films Rise Above: Red Tail, documenting the inspirational history of the Tuskegee Airmen, and Rise Above: WASP, documenting the inspirational history of the WASP. The films, shown on a 160-degree screen, highlight how any one of us may be able to reach beyond our grasp to attain new levels of achievement, just like the Tuskegee Airmen and WASP.

In addition to the mobile theater, the Red Tail P-51C Mustang will be on static display. The fully restored and operational vintage aircraft was the Tuskegee Airmen's signature fighter in WWII, complete with unique red tail paint scheme. The aircraft is a museum without walls. It is flown in numerous air shows around the country each season.

Tuskegee Airmen refers to all who were involved in the Tuskegee Experience, the US Army Air Corps' recruitment of African American men and women to train and fight in WWII in the face of discriminatory policies and conditions. It includes not only 996 pilots, but also more than 14,000 African American men and women who served as support personnel for the airmen during the war. WASP refers to the female pilots who volunteered to fly American military airplanes during WWII. Of the over 20,000 women who applied, 1,074 earned the coveted silver wings and became official members of the WASP program.

RISE ABOVE: Tuskegee Airmen Traveling Outdoor Exhibit is part of the Commemorative Air ForceÂ® (CAF) RISE ABOVEÂ® educational outreach program. The CAF RISE ABOVE Squadron is a volunteer-driven non-profit organization dedicated to educating audiences across the country about the history and legacy of the Tuskegee Airmen, America's first black military pilots and their support personnel, and the Women Airforce Service Pilots (WASP).

Radio Dubuque is the exclusive broadcast media sponsor of RISE ABOVE.