The University of Dubuque to Hold Commencement Ceremonies 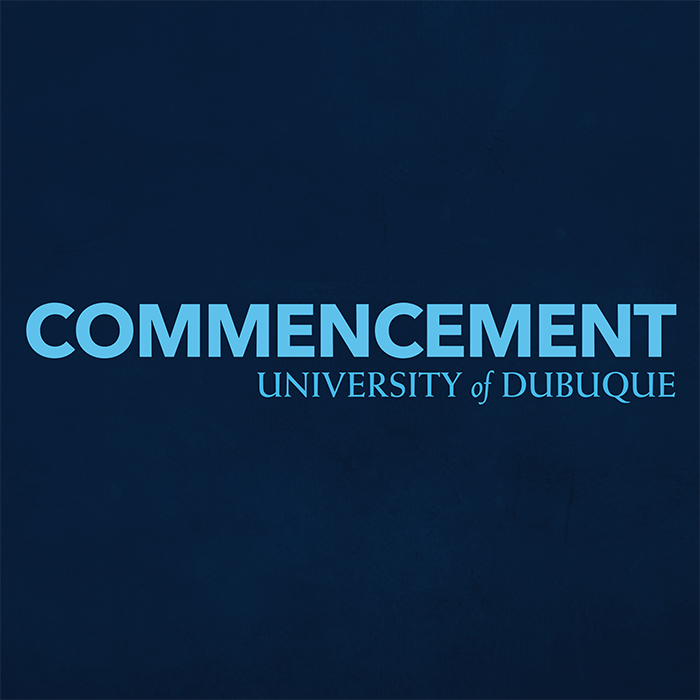 The Master of Science in Physician Assistant Studies Commencement Ceremony will be held at 10:00 a.m. Friday, December 9, 2022, in John and Alice Butler Hall, Heritage Center. There are 18 graduates.

Lauren Holtz (MSPAS'21), MSPAS, PA-C, will deliver the commencement address, titled "You Are Now Entering the Real World." She is an emergency medicine physician assistant at Aurora St. Luke's Medical Center, Aurora St. Luke's South Shore, and Aurora West Allis Medical Center located in/near Milwaukee, Wisconsin. Holtz earned her bachelor of science in biology and certificate in global health from the University of Wisconsin-Madison and her master of science in physician assistant studies from UD. During her time in the MSPAS program, she served as class president, held a seat on the Curriculum Committee, organized and participated in community outreach programs and fundraising events, acted as a voice between the students and faculty, and served as the MSPAS graduate student representative to the UD Board of Trustees. Holtz also received the Student Leadership Award and Spirit of the PA Award.

The Winter Commencement Ceremony will be held at 3:00 p.m. Thursday, December 15, 2022, in John and Alice Butler Hall, Heritage Center. Twenty-seven graduate and 91 undergraduate students are eligible to participate in the ceremony.

Michael Durnin, MA, dean of student formation, will deliver the commencement address, titled "Handful of L's for Life's Journey." Durnin has served as the dean of student formation at UD since January 2018 and previously served as assistant head football coach from January 2013 to December 2017. He earned his bachelor of science in physical education from the University of Wisconsin-La Crosse and his master of arts from Minnesota State University-Mankato. Durnin is currently working on completing his doctor of ministry degree from the University of Dubuque Theological Seminary.

Durnin has served at various colleges and universities beginning in 1981 at Minnesota State University-Mankato where he worked with former UD Athletic Director Dan Runkle's first football staff alongside current UD Head Football Coach Stan Zweifel. During his coaching career, Durnin has been a part of multiple conference championships and has coached numerous All-Conference and All-Americans.

Durnin has always believed in giving back to community; a lesson learned and modeled by both of his parents. As such, he has been serving recently on the Wendt Advisory Board, the Chris Norton Foundation, the City of Dubuque Equity and Human Rights Commission, the Dubuque Community-Police Relations Committee, and the Dubuque School Resource Officer Work Group. Durnin also has been assisting with various church activities and the Fountain of Youth "Real Talk."