Stage Adaptation of "Black Boy" to Come to Heritage Center 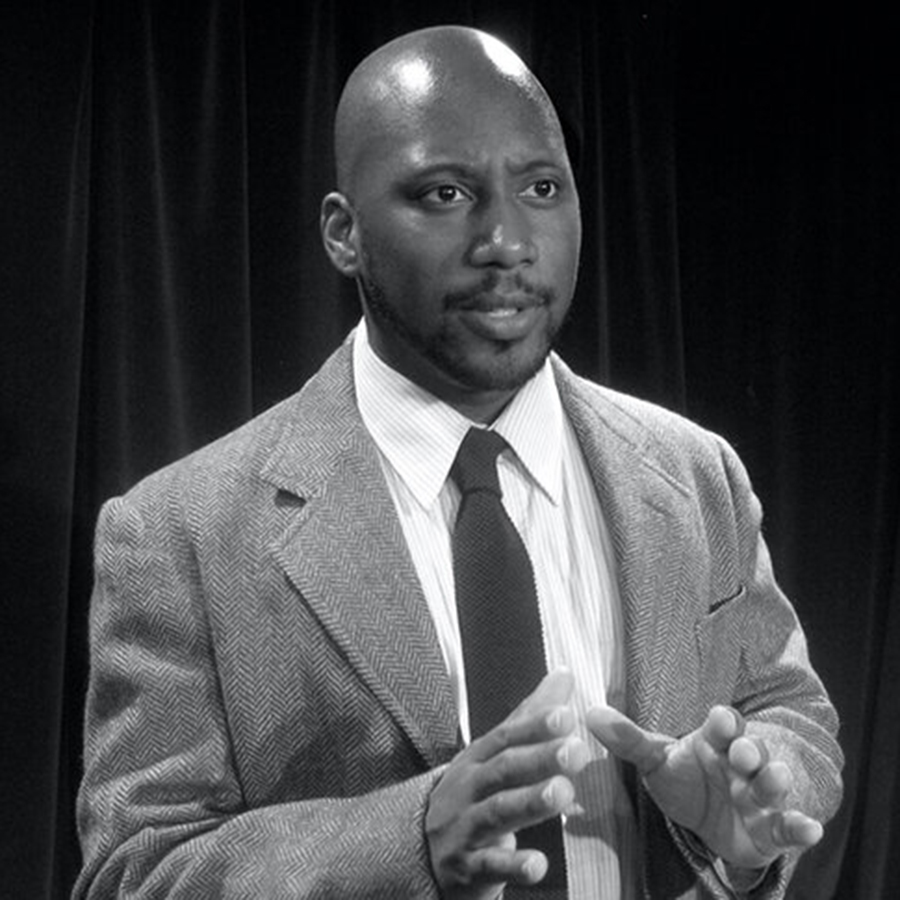 DUBUQUE, Iowa - A stage adaptation of Black Boy, Richard Wright's classic memoir, has replaced If Beale Street Could Talk at the ninth annual Live at Heritage Center Performing Arts Series. Audiences will be able to watch the performance at 3:00 p.m. Sunday, Oct. 3, 2021, and 7:30 p.m. Monday, Oct. 4, 2021, in John and Alice Butler Hall, Heritage Center at the University of Dubuque.

Black Boy, performed by Literature to Life, is the powerful account of one young man's journey from innocence to experience as a black youth living in the Jim Crow South. It is both the unashamed confession of a proud non-conformist and a profound indictment - a poignant and disturbing record of social injustice and human suffering.

A Literature to Life original that premiered at the Kennedy Center, Black Boy was one of the first titles on Literature to Life's roster to tour to communities nationally. A tour de force, actor Tarantino Smith plays upwards of 15 characters from Richard Wright's past.

Hailing from North Carolina, Smith moved to New York City on a full scholarship to study acting, singing, dancing, and vocal production and speech at The American Musical and Dramatic Academy - a private conservatory in the upper west side of Manhattan. He finished conservatory early by landing the lead of Sundiata in a national tour of The Lion King of Mali. While on tour, Smith's passion for classical theatre continued to grow and, upon returning to NYC, he started training with The Pearl Theatre Company where he studied classics such as Checkov, Isben, Shaw, and Shakespeare. To further his experience he also worked with legendary acting teacher Wynn Handman on a historic drama piece based on letters orated by ex-slaves and on two one-man shows: Ralph Ellison's Invisible Man and Richard Wright's memoir Black Boy - all adapted verbatim from the novels. Though his passion for his craft was developed and continues to develop on the stage, Smith has also appeared in independent films such as The Life (2002), Battle, New York Day 2 (2011), Robot Revolution (2015), and Carbon Copy (2017).

Melissa House, a teaching artist with Black Boy, is a graduate of the William Esper Studio and holds a master's degree from the University of Exeter's School of Drama in the United Kingdom. She is a classically trained award-winning actress, a prolific creator, producer, and filmmaker, and a passionate teaching artist. House co-founded The Drawing Board - a lab for playwrights, screenwriters, and actors; co-directed and filmed Break Like You, a short documentary about Hip Hop influencer and activist Emile Jansen in Cape Town, South Africa; and was a 2019 finalist for Sundance's New Voices Lab and the Orchard Project's Episodic Lab with the digital series Hot Angry Mom. House has played roles from Shakespeare to Ibsen, has worked Off-Broadway, regionally, and internationally, and has originated roles for the web, film, and TV. She enjoys sharing her experience and passion with young New Yorkers as a teaching artist with multiple organizations such as Theatre for a New Audience, Lincoln Center Theater, and Literature to Life.

Literature to Life is a performance-based literacy program that presents professionally staged verbatim adaptations of American literary classics. Its mission is to perform great books that inspire young people to read and become authors of their own lives.

Tickets for Black Boy can be purchased from 10:00 a.m. to 5:00 p.m. Monday through Friday and 90 minutes prior to events at the Farber Box Office, Heritage Center, University of Dubuque, 2255 Bennett Street; by phone at 563.585.SHOW; or online at www.dbq.edu/HeritageCenter.