Musical Spoof 'Spamilton: An American Parody' to Bring a Revolution to Heritage Center 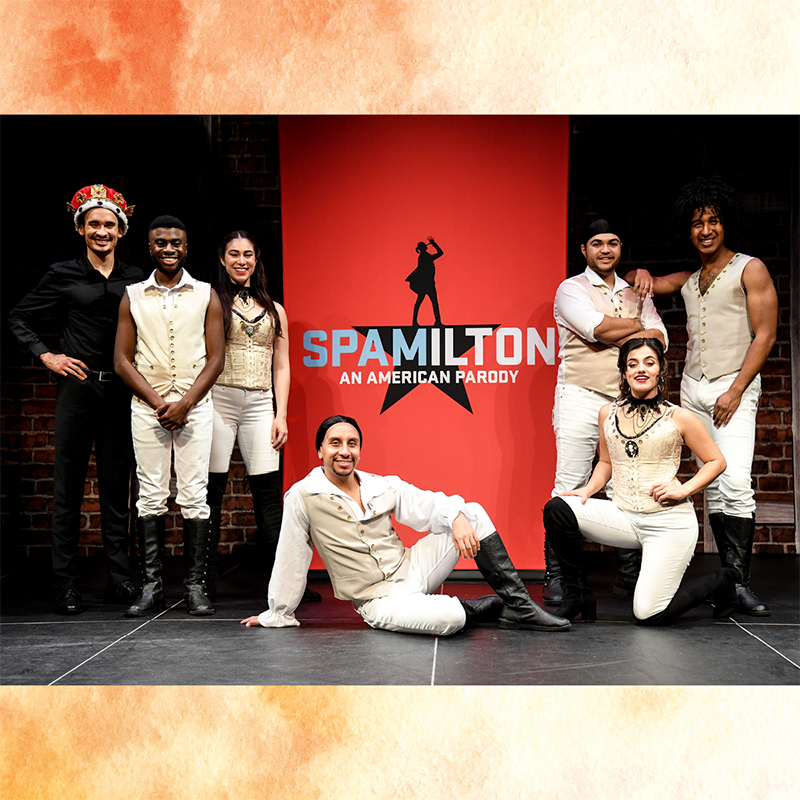 Spamilton: An American Parody is a comedic crash course of everyone's favorite Broadway blockbuster. Gerard Alessandrini, the comedic mastermind behind the long-running hit Forbidden Broadway, created a hilarious musical spoof that includes celebrity satires and pop culture zings accompanied with hip-hop on the piano. After tearing it up in New York, Chicago, Los Angeles, and London, Spamilton: An American Parody will stage a singing, dancing, comedy revolution in Dubuque.

A versatile cast of eight will keep audience members in stiches with parody wit and in awe of costume changes while hanging onto every clever mashup during the high-energy performance.

Alessandrini is the creator, writer, and director of Spamilton: An American Parody as well as Forbidden Broadway. He has also worked shows such as Madame X: The Musical, The Nutcracker & I, and Maury Yeston's review of Anything Can Happen in New York. Alessandrini has received numerous awards including the Drama League Lifetime Achievement Award, Obie Award, two Lucille Lortel Awards, seven Drama Desk Awards, and a Special Tony Award for Lifetime Achievement in Theatre.

This event is made possible through support from the John and Alice Butler Endowment for the Arts.

Tickets for Spamilton: An American Parody can be purchased from 10:00 a.m. to 5:00 p.m. Monday through Friday and 90 minutes prior to events at the Farber Box Office, Heritage Center, University of Dubuque, 2255 Bennett Street; by phone at 563.585.SHOW; or online at www.dbq.edu/HeritageCenter.