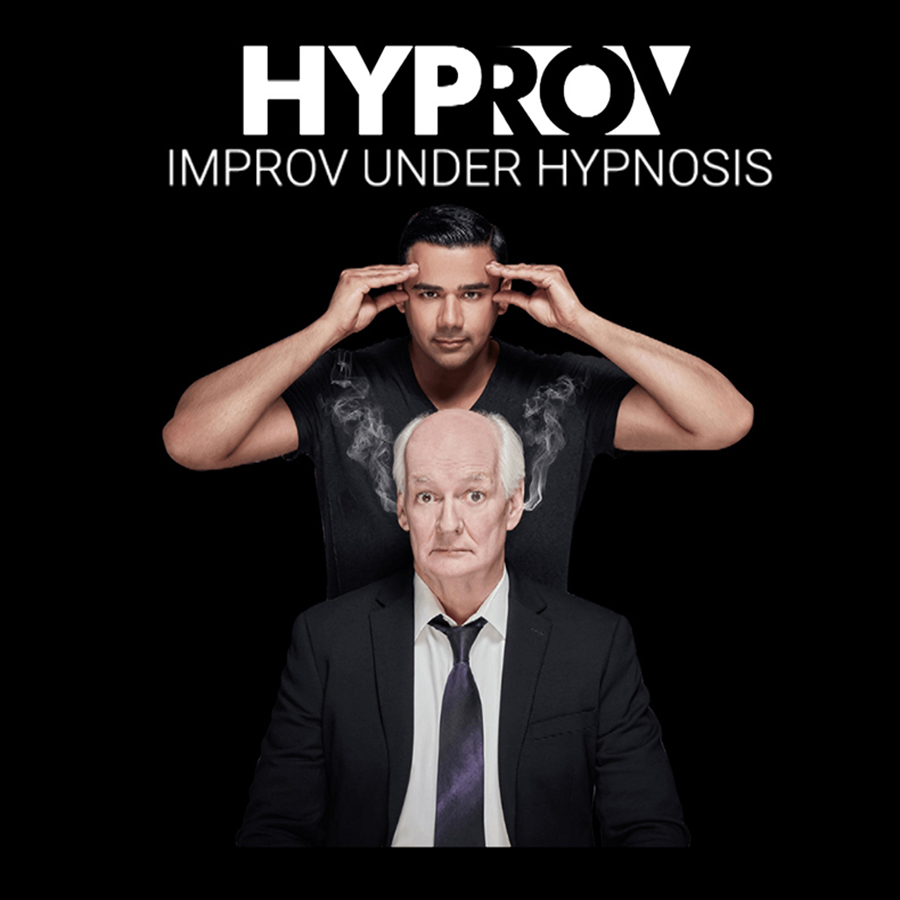 It's Homecoming at the University of Dubuque! From the brilliant minds of improv legend Mochrie, of Whose Line is it Anyway, and master hypnotist Mecci comes a brand new, mind-blowing, jaw-dropping, side-splitting show. Twenty preselected volunteers will be put under hypnosis by Mecci and whittled down to five of the best. Then Mochrie will take the stage to improvise with the top five while they are still under hypnosis. HYPROV is an original and unforgettable theatrical experience, for who knows where the unconscious mind will go.

Mochrie is one of the most prolific improvisers today. He was a member of the Vancouver TheatreSports League and toured with The Second City comedy troupe. Mochrie spent eight years as a regular on the British TV show Whose Line Is It Anyway? until it ended in 1998. He joined the US version on ABC, appearing in every episode, and he continues with the current revival on the CW Network. Mochrie has toured the world with fellow Whose Line Is It Anyway? performer Brad Sherwood for the past 12 years, appears in The Second City Guide to Symphonies, and wrote his first collection of short stories, Not Quite the Classics. In 2014, Mochrie was named Canada's Comedy Person of the Year in 2013.

Mecci has captivated audiences worldwide. He has performed in front of 1.5 million people in-person and millions more through mass media. Mecci has appeared on Entertainment Tonight, MTV, Maxim Online, HGTV, YTV, and been written about in publications like The New York Times, Huffington Post, and Maxim Magazine. He has performed at Canada's Wonderland, Skydome, GE Theatre, and The Just for Laughs comedy festivals. He has been invited to entertain and motivate employees and management for major companies including Remax and IBM. When he's not performing, Mecci uses hypnosis to help people lose weight, reduce stress, and achieve peak performance.

This event is made possible through support from the John and Alice Butler Endowment for the Arts with additional assistance provided by Travel Dubuque.

Broadcast media support for this event is provided exclusively by Y105.

Tickets for Colin Mochrie's HYPROV with Master Hypnotist Asad Mecci can be purchased from 10:00 a.m. to 5:00 p.m. Monday through Friday and 90 minutes prior to events at the Farber Box Office, Heritage Center, University of Dubuque, 2255 Bennett Street; by phone at 563.585.SHOW; or online at www.dbq.edu/heritagecenter.