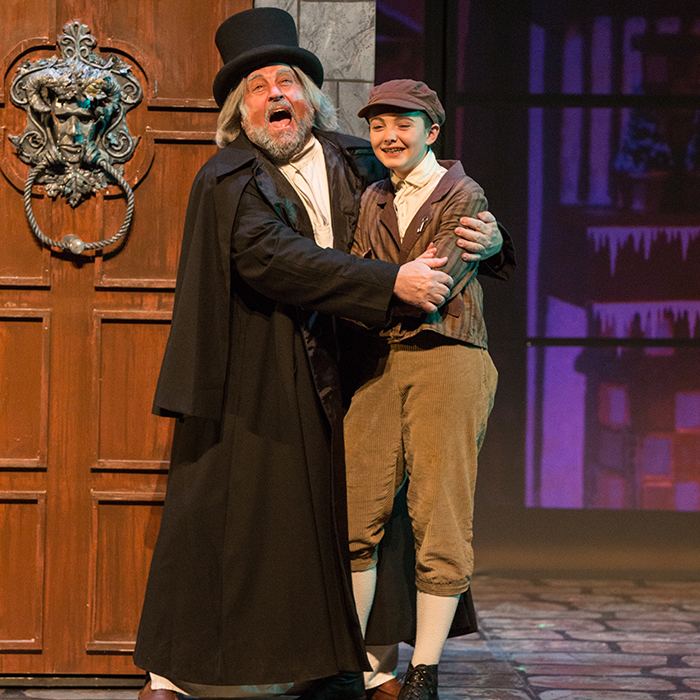 DUBUQUE, Iowa - Nebraska Theatre Caravan recently made the decision to cancel its annual national tour of Charles Dickens' A Christmas Carol due to lingering concerns with the COVID-19 pandemic. This production was scheduled to play the University of Dubuque on Tuesday, December 6, 2022, as part of the 10th annual Live at Heritage Center Performing Arts Series.

In its place, Heritage Center is pleased to announce it will host a stop on Perseverance Productions' seventh national tour of A Christmas Carol at 7:30 p.m. Monday, December 5, 2022. Adapted and directed by Clayton Phillips and based on the novel by Charles Dickens, this adaptation of the ever-popular classic fills the stage with a cast of 16 professional actors, lush costumes, stunning sets and puppetry, song and dance, a heavy dose of humor, and a timeless message. Phillips' award-winning directorial credits include directing Kiss of the Spider Woman, Cabaret, and Chicago.

Twenty-six beloved traditional carols of the season are woven throughout this original production of A Christmas Carol, accompanied by live instruments onstage including guitar, violin, and flute. New Hampshire-based Perseverance Productions has been spreading cheer across the country with this annual holiday tour. According to the company's website, "As the British writer Samuel Johnson wrote, 'Great works are performed not by strength, but by perseverance.'"

Tickets purchased for the originally scheduled A Christmas Carol date will work for the rescheduled date. Patrons who are unable to attend the new date may call the Farber Box Office at 563.585.SHOW.

Tickets for Perseverance Productions' A Christmas Carol can be purchased from 11:00 a.m. to 2:00 p.m. Monday through Friday and 90 minutes prior to events at the Farber Box Office, Heritage Center, University of Dubuque, 2255 Bennett Street; by calling 563.585.SHOW; or by visiting www.dbq.edu/HeritageCenter.