Grammy Winning Riders in the Sky to Serenade Heritage Audience 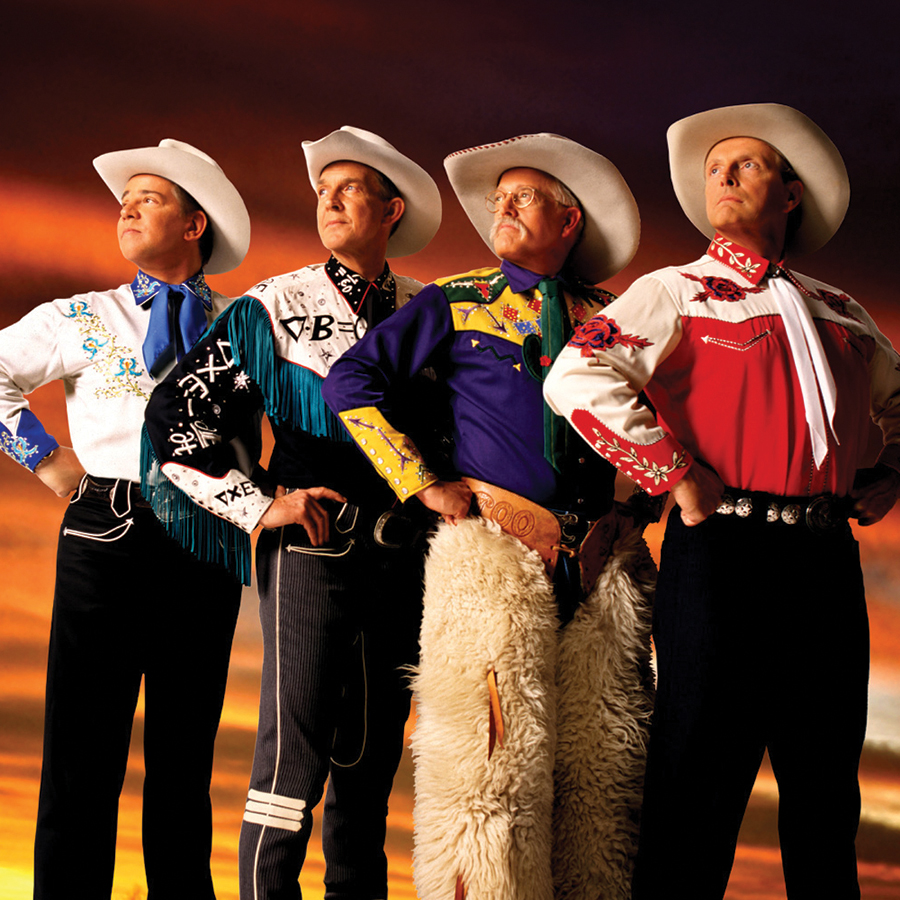 DUBUQUE, Iowa - Riders in the Sky will perform classic cowboy songs of the 1930s and 1940s as part of the 10th annual Live at Heritage Center Performing Arts Series at 7:30 p.m. Friday, October 28, 2022, in John and Alice Butler Hall, Heritage Center on the University of Dubuque campus.

Riders in the Sky stand hats and shoulders above the rest of the purveyors of comedy and western. For over 40 years, the quartet has been the keepers of the flame passed on by Gene Autry and Roy Rogers, becoming modern-day icons with their wacky humor, western wit, and cowboy way of life.

The quartet sang "Woody's Roundup" in Toy Story 2, which was the start of a number of Disney projects including two albums, both of which won Grammy awards. With satellite radio came a new platform as Riders in the Sky continue to produce episodes of the award-winning Ranger Doug's Classic Cowboy Corral on Sirius/XM. Since the first performance in November 1977, Riders in the Sky has amassed over 7,200 appearances, been on the Grand Ole Opry, recorded 40 albums, and toured all 50 states as well as all over the world. To the best of their recollection, Riders in the Sky last played Dubuque in the late 1980s.

The quartet is made up of lead singer Ranger Doug (born Douglas B. Green), Woody Paul (born Paul Chrisman) on fiddle and vocals, Too Slim (born Frederick Owen LaBour) on string bass and guitar, and Joey the Cowpolka King (born Joey Miskulin) on accordion.

Tickets for Riders in the Sky can be purchased from 11:00 a.m. to 2:00 p.m. Monday through Friday and 90 minutes prior to events at the Farber Box Office, Heritage Center, University of Dubuque, 2255 Bennett Street; by calling 563.585.SHOW; or by visiting www.dbq.edu/HeritageCenter.