Deck the Halls with Marmalade 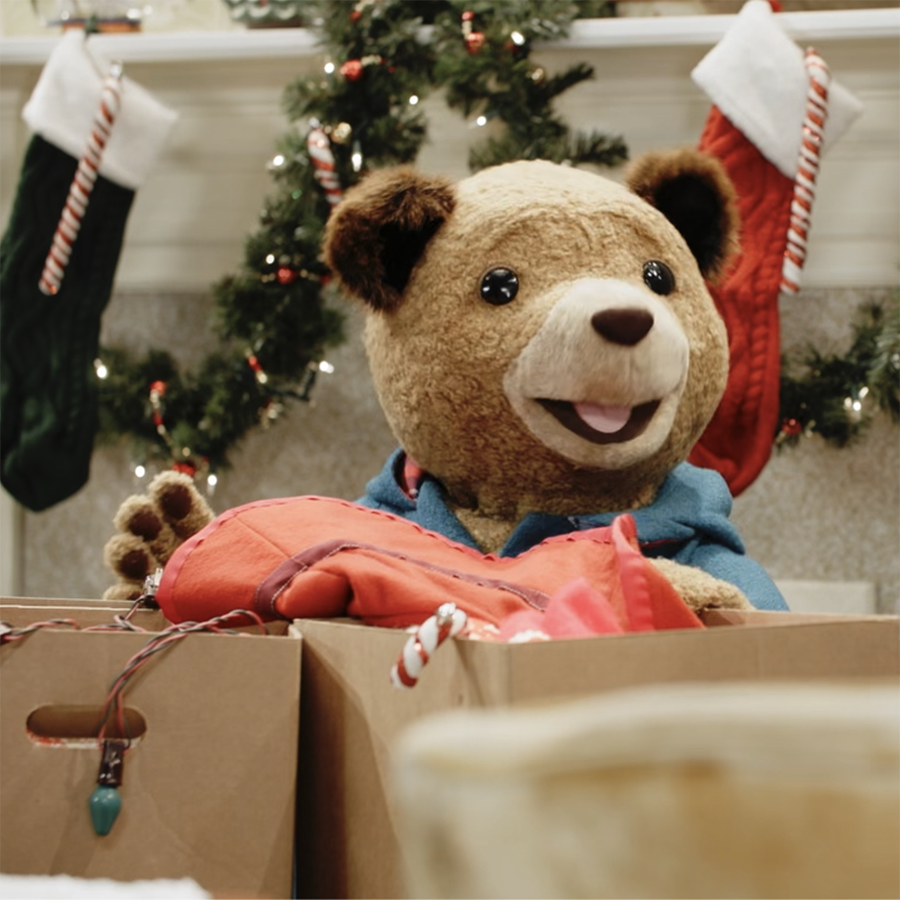 Rockefeller Studios, in association with The Copyrights Group and StudioCanal, presents Paddington Saves Christmas, starring the beloved bear of children's books and screens, large and small, in a special holiday show. The largest streaming event of this kind, the virtual show is streaming simultaneously in the UK, US, Canada, Australia, and New Zealand, and is available until Tuesday, Jan. 4, 2022. This is the first production created by Rockefeller Studios, marking Rockefeller's expansion into filmed content.

Inspired by Rockefeller Productions' highly acclaimed stage production, Paddington Gets in a Jam, this unique puppet performance has been created for the whole family. This special production has been developed for children and families to enjoy at home over the holidays, while raising money for theaters around the world.

Household digital access for Paddington Saves Christmas is $32.00 for unlimited streaming until Jan. 4, 2022, or $20.00 for a 48-hour rental. Support Heritage Center and save 50 percent. To purchase a virtual ticket, please visit https://paddington.seetickets.com/us/ and enter code Heritage_US. By using this code, a portion of each sale will benefit Heritage Center.

In Jonathan Rockefeller's Paddington Saves Christmas, Paddington helps his ever-grumpy neighbor, Mr. Curry, who is panicking in anticipation of the arrival of an important visitor for the holidays. Paddington volunteers to help Mr. Curry prepare his house for Christmas, but in typical Paddington fashion, his good intentions lead precipitously from one predicament to the next!

"It was such a thrill to bring Paddington to the stage and see the joy it brought to so many people. After the year we have all had, I am elated to bring this celebrated bear to audiences in a way they have never experienced him before. Paddington Saves Christmas is the perfect way to celebrate this holiday season," said Jonathan Rockefeller, creator/director.

Paddington Saves Christmas was conceived by Rockefeller Studios in partnership with StudioCanal. It is written and directed by Jonathan Rockefeller, filmed and edited by Kevin Guzewich, with puppet creation by Rockefeller Productions. The cast includes AJ Ditty as Mr. Curry, Christine McBurney as Aunt Matilda, and Jake Bazel, Chris Palmieri, and Kirsty Moon as the puppeteers of Paddington.

Jonathan Rockefeller and Rockefeller Productions embraced the challenge of reimaging Disney's Winnie the Pooh for a new audience by bringing it to life on stage in puppet form. The company has garnered global accolades, from critics and audiences alike, for their production of The Very Hungry Caterpillar Show, with 14 productions playing on four continents. An extended run of the show in New York City culminated in Drama Desk and Off-Broadway Alliance nominations, as did their production of Paddington Gets in a Jam, which is currently touring China and will tour the US next year. Other projects include the award-winning short film, 10 Little Rubber Ducks, written by preeminent author/illustrator Eric Carle.

For over 60 years, British-born writer Michael Bond has delighted readers the world over with stories about the marmalade-loving Paddington, the bear from Peru. The kindness and humor in the stories appeal to children and adults alike, ensuring Paddington's enduring popularity from one generation to the next.

HarperCollins Children's books have published Paddington's adventures continuously since Oct. 13, 1958, when, as William Collins, they first introduced A Bear Called Paddington to the world. Since then, Paddington's adventures have been adapted several times for television and at the end of 2014 Paddington made his debut on the big screen. A further film, Paddington 2, followed in 2017 with a third in the works. In 2020, a brand-new Paddington TV series designed for a preschool audience, The Adventures of Paddington, launched on Nickelodeon, introducing him to a whole new set of fans. The second series launched in 2021 and a third is in development.

The Copyrights Group is the rights owner of Paddington and leads the development of the brand. StudioCanal is the producer of the films and TV series. Both entities are owned by content, media, and communications group Vivendi.

You can catch-up with Paddington's many adventures on: