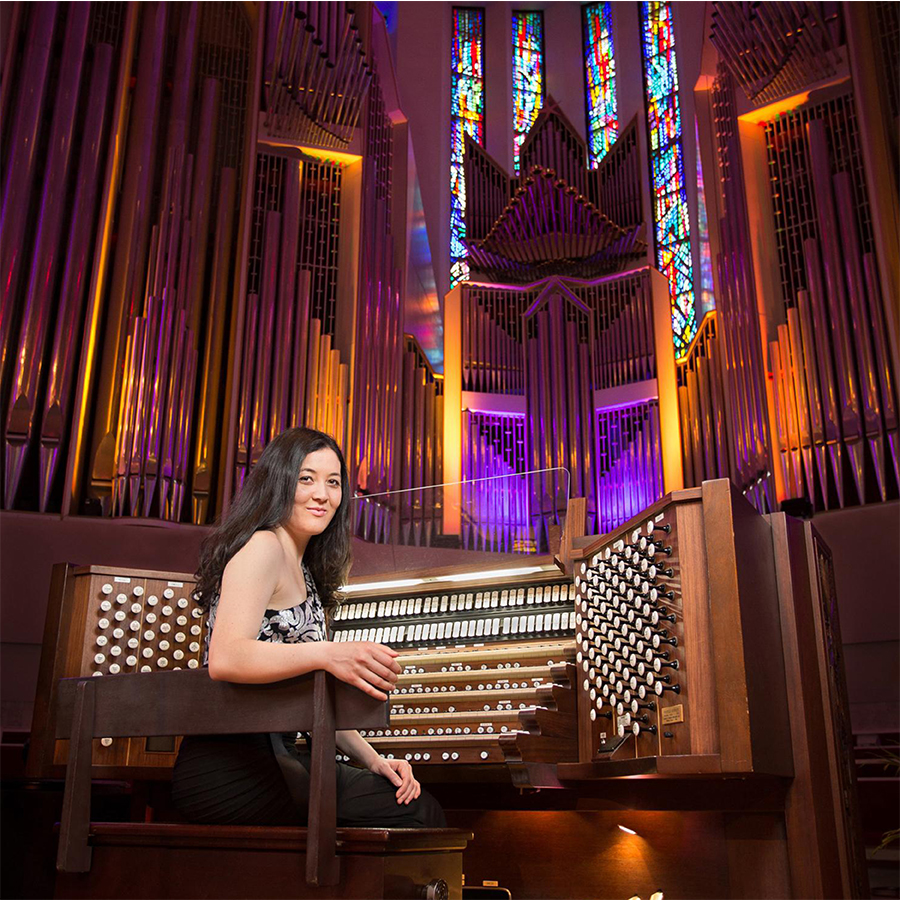 Chen's dynamic playing has taken her to far corners of the world. Her solo concerts offer a unique mix of traditional organ repertoire along with piano/orchestral transcriptions and contemporary music.

She has performed with the Montreal Symphony Orchestra, San Diego Symphony, Singapore Chinese Orchestra, and the Lou Harrison Festival Rutgers Orchestra at Trinity Wall Street in Manhattan. In 2019, Chen performed one of the inaugural concerts on St. Thomas Church's new Dobson organ in New York City. She was also a featured artist in festivals in Beijing, China, Uppsala, Sweden, and Stuttgart, Germany.

Chen studied under Paul Jacobs and John Weaver at The Julliard School in New York, where she received her bachelor's and master's degrees. She also won the John Erskine Prize for academic and artistic achievement, awarded to one graduate per year. After college, Chen moved to Taiwan under a Fulbright scholarship, whereupon she collected folk songs and wrote organ solo and chamber music. She returned to the US to study with Thomas Murray at Yale University, where she earned an Artist Diploma. In 2009, Wayne Leupold Editions published her composition "Taiwanese Suite" to great acclaim.

Chen has recorded multiple CDs and her playing has been aired on CNN.com, "Pipedreams" from American Public Media, Hawaii Public Radio, and Taiwan's Good News Radio. Committed to new music, she has premiered works by composers throughout the world including Ola Gjeilo (Norway/US), Yui Kitamura (Japan/US), Paul Desenne (Venezuela), Roderick Gorby (US), Vincent Rone (US), and Viviane Waschbusch (Germany). Her compositions are available exclusively from Wayne Leupold Editions, Inc.

From 2013 to 2017, Chen was Artist-in-Residence at Coral Ridge Presbyterian Church where she performed and directed the concert series. She currently lives with her husband in ZÃ¼rich, Switzerland.

A masterclass with Chen will be held from 9:30 a.m. to 11:30 a.m. Saturday, April 2, 2022. Students and area organists are invited to play any piece of organ repertoire. Those interested in playing should contact Charles Barland, DMA, university organist and professor of music at UD, at CBarland@dbq.edu or 563.589.3564. Additionally, Chen will perform on the pipe organ during UD's annual Convocation for Thanksgiving and Remembrance, a moving tradition for the campus community that provides an opportunity to remember those who have recently died, at 11:00 a.m. Monday, April 4, 2022.

Tickets for Chelsea Chen, Guest Organist, can be purchased from 10:00 a.m. to 5:00 p.m. Monday through Friday and 90 minutes prior to events at the Farber Box Office, Heritage Center, University of Dubuque, 2255 Bennett Street; by phone at 563.585.SHOW; or online at www.dbq.edu/HeritageCenter.