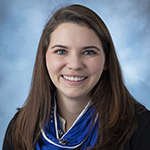 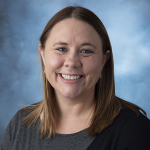 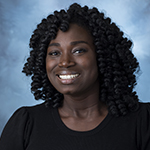 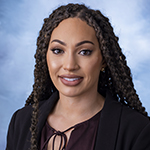 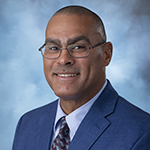 After a national search, the University of Dubuque has announced that Nelson Edmonds, who currently serves as Dean of Student Engagement and Services, will become Vice President of Student Engagement and Intercollegiate Athletics. Edmonds will succeed Dan Runkle, who served as Director of Athletics for nearly 20 years. Runkle will begin his new role in the Office of Advancement on July 1, 2022.

"I am blessed and honored to continue to serve our Mission and the Spartan Family in this expanded role, stated Edmonds. I am thankful for the leadership and support of President Bullock and our Board of Trustees, and look forward to the opportunity to work with our students, our faculty and staff, our alumni, and our community partners by further engaging the many meaningful educational experiences that happen at UD."

"As the search committee worked its way through the national search process, and as we identified opportunities and challenges facing our intercollegiate athletic program and our University, it became increasingly clear to me that our ideal candidate was already a valued member of our team," according to Jeffrey Bullock, President of the University. "We had a talented group of finalists, any one of which would have done a good job for us. However, as an established leader and a trusted colleague, I believe that Nelson has the ability to make a bigger impact even more quickly, and to build upon the significant achievements of outgoing Athletic Director, Dan Runkle."

Edmonds joined UD in 2018 as the Dean of Student Engagement and Services. He led the Office of Student Life which houses the offices of Vocation, Career Services, and Community Engagement, Multicultural Student Engagement, Student Activities, First Year Experience, International Student Services and Study Abroad. He is a member of the President's Cabinet and was a volunteer coach on the Spartans football team.

Edmonds attended the United States Naval Academy, Northern Michigan University, and graduated from the University of Wisconsin-Whitewater with a Bachelor of Science in English and a Master of Science in Curriculum and Instruction. He is currently working on his EdD.

He previously coached at the University of Wisconsin-Whitewater for nearly 20 years. His duties during this time included coaching running backs and offensive line, and serving as special teams coordinator. During his time at UW-Whitewater, he was part of 11 conference championship teams, and six teams who played for a national championship-winning four. Edmonds coached 28 all-conference players, 10 all-American players, seven of the Top-ten career rushing leaders, and one Gagliardi trophy winner during his time at UW-W. Recently, Edmonds coached Dwayne Allen Jr., Maurece Herrion, and Kordell Stillmunkes to All-Conference accolades for UD.

The Spartans are coming off one of their most successful seasons in school history with American Rivers Conference titles in women's golf, men's soccer, men's basketball, softball, men's outdoor track and field, and in the Midwest Lacrosse Conference, a men's lacrosse championship. UD finished the Marjorie Giles Women's All-Sports Trophy in third place with 45 points. The Spartans earned a third-place finish in the Elmer Hertel Men's All-Sports Trophy with 49.4 points. With all 19 American Rivers Conference Championships decided, UD finished third overall with 14 points in 2021-22.

He is married to Amy Edmonds, who serves as the University's Vice President for Operations. They have two daughters, Alisandra and Matiana. 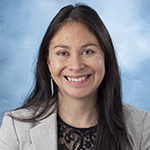