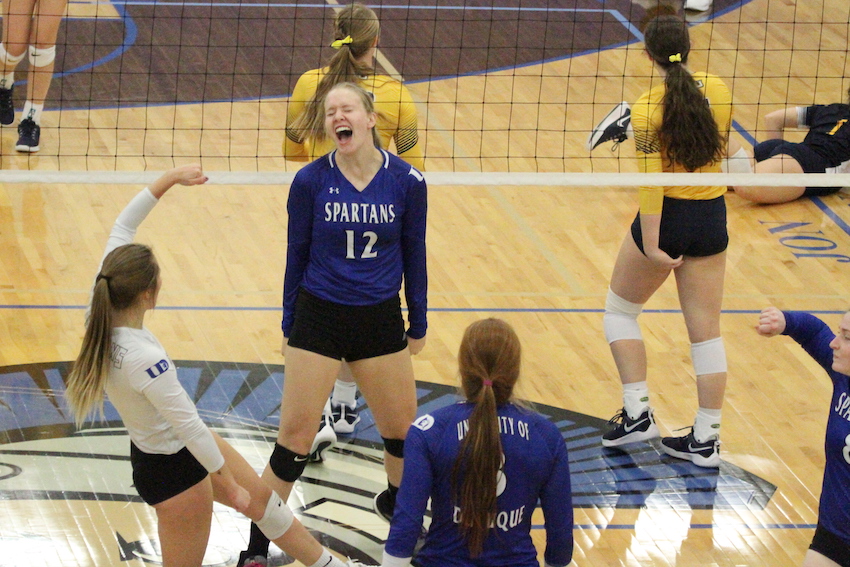 In the other half of the bracket, it was #4 seeded Nebraska Wesleyan University winning a five set match 3-2 over the #5 seeded Coe College Kohawks. The semifinals  of the A-R-C Tournament are now set: #4 seeded NWU will travel to Waverly to face the #1 seeded Wartburg College Knights as #3 seeded UD will travel across town to match-up with the #2 seeded Loras College Duhawks.