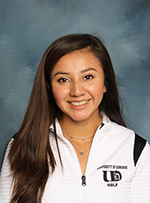 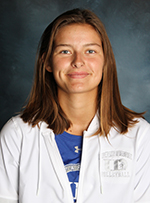 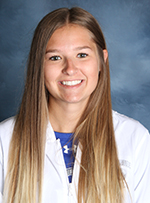 Miranda, a junior from Woodstock, Illinois, won her fourth career meet over the weekend at the Luther College Invite. She posted rounds of 74 and 76 over the two day tournament to shoot a 150 (+6) to win by four strokes. Miranda’s 150 helped the Spartan women win by the team title by six strokes.

Darby Hawtrey (So., Clarence, Iowa/North Cedar) and Grace Strawser (Sr., Bettendorf, Iowa/Pleasant Valley) swept volleyball honors after the Spartans went 4-0 at the Sugar Loaf Invitational. Hawtrey picked up offensive honors after coming up with 48 kills over the four matches for an average of 3.43 kills per set and a hitting percentage of .170.

Strawser grabbed the defensive player of the week after coming up with 102 digs for 7.29 digs per set. She also added 19 assists and seven service aces.