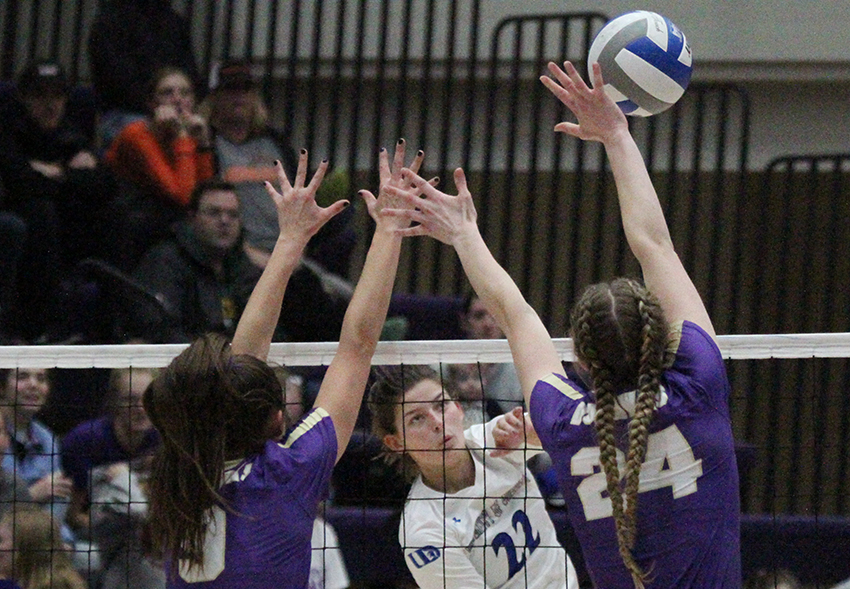 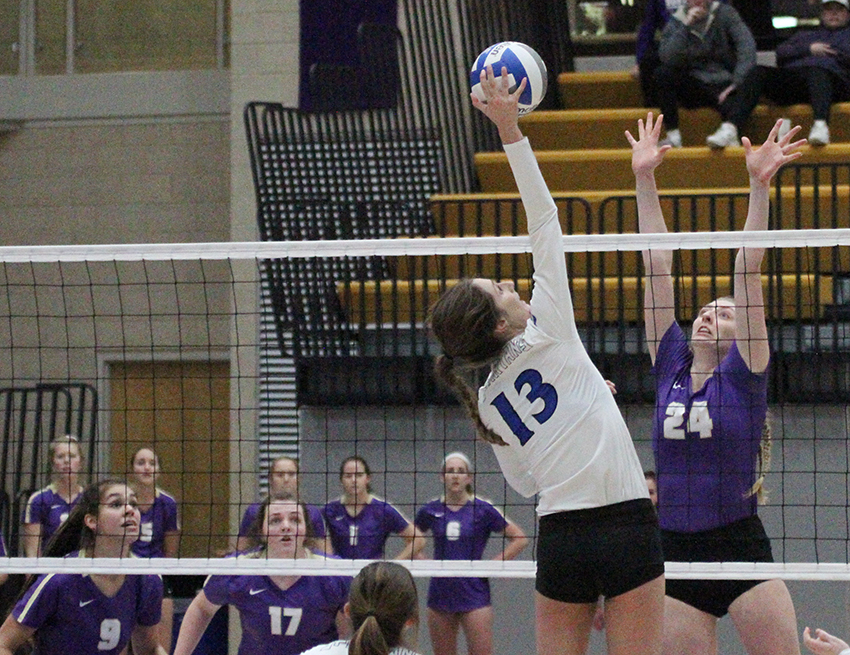 Shauna McAleer with the kill against the #2 seed Loras Duhawks. UD won the semifinal match 3-2 and will play at Wartburg on Saturday night. 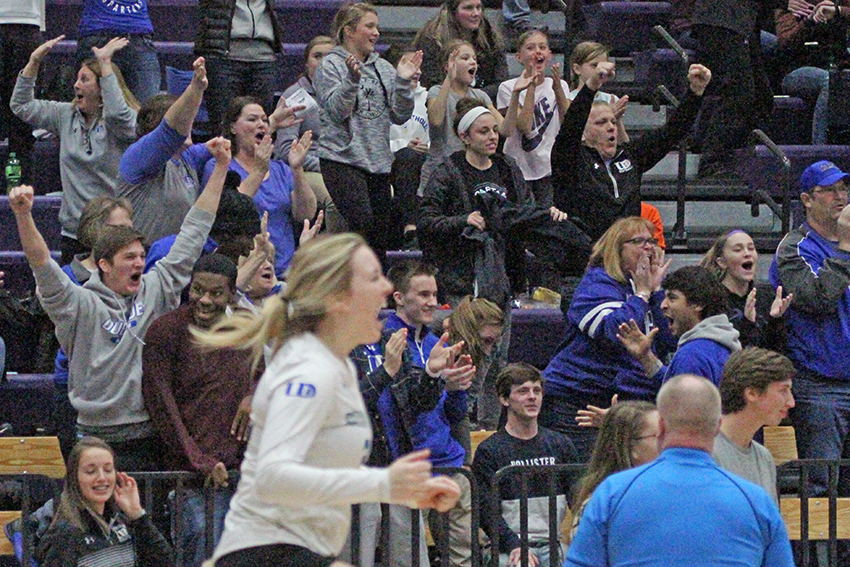 The Spartan faithful where cheering loud as the Spartans inproved to 21-10 overall with an A-R-C Tournament semifinal win over Loras 3-2.

DUBUQUE, Iowa - The University of Dubuque volleyball team will play in the A-R-C Tournament Championship for the second consecutive year and the automatic bid to the 2019 NCAA Volleyball Championships. Match will be hosted by the #1 seed Wartburg College at 7 p.m. in Waverly, Iowa.

A trio of Spartans led the offensive effort with Hawtrey leading with a match high 16 kills. Kara Wright added 14 kills and Grace Hintze had 12 kills in the victory. Kate Messino found the open attacker for 52 set assists and finished with 20 defensive digs. Grace Strawser led UD with 34 digs and three service aces. The Spartans finished with six blocks two solos each for Wright and Rylee Andresen.