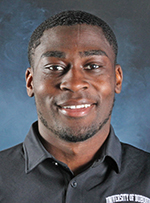 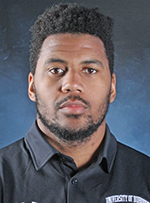 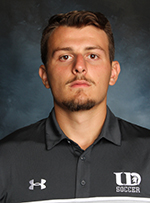 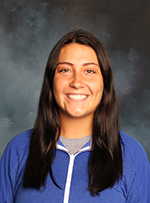 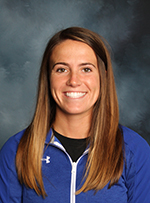 CEDAR RAPIDS, Iowa – Five University of Dubuque student-athlete picked up American Rivers Conference Player of the Week honors in their respective sport for their play over the last week.

Josh Ezekiel (Lake In The Hills, Ill./Huntley) and Emanuel Jenkins (Menasha, Wis./Menasaha) took two out of three football honors this week after the Spartans upset #23 Central in Pella, 28-7. Ezekiel helped spark the UD defense by picking off Central’s quarterback two times on Saturday afternoon, while also recording one solo tackle. As a team, UD came away with five interceptions. Jenkins has thrived after making the switch back to the offensive side of the ball in the recent weeks. Against Central, the senior caught nine balls for 109 yards and three touchdowns with a long of 20. UD hosts Loras at 2 p.m. on Saturday for homecoming.

Brandon White (Minooka, Ill./Minooka) held down the Spartans back end, posting two shutouts last week to pick up a 1-0 win at Wartburg and a 2-0 win at #12 Central. In the Spartans upset win over #12 Central, White came up with five saves after facing 12 total Dutch shots to earn his third straight shutout and eighth of the season. The Spartan men host #14 Luther on Tuesday at 7:30 p.m.

The two senior captains for women’s soccer, swept the A-R-C women’s soccer awards for their last week of play. Alexa Martin (Cedar Rapids, Iowa/Prairie) earned defensive player of the week honors, while Amanda Chlebek (Lombard, Ill./Glenbard East) took home honors on the offensive side. Martin assisted Chlebek on all of UD’s goals last week to help the Spartans to a 2-1 win at Wartburg and a 1-1 tie at Central. Chlebek and Martin, along with the rest of the UD women’s team take the field again on Tuesday at 5 p.m. when Luther comes into town.