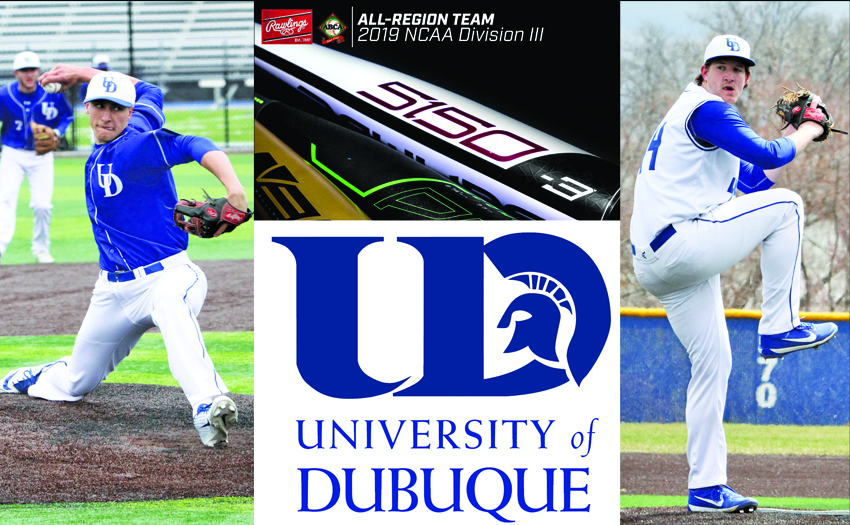 GREENSBORO, N.C. - The 2019 American Baseball Coaches Association (ABCA)/Rawlings NCAA Div. III All-Region teams and Regional Players of the Year have been announced in all eight regions. The teams are voted on by members of the American Baseball Coaches Association and the process is led by the ABCA NCAA Div. III All-America Committee. The University of Dubuque's Chase Kueter (Sr., Bellevue, Iowa/Bellevue H.S.) and Nathan Schneiderman (Sr., LHP, German Valley, Ill./Forreston H.S.) were honored as Second Team Central Region performers for the 2019 season.

The pair of seniors helped UD to the semifinals of the 2019 American Rivers Conference Tournament and finished the season with a 26-15-1 overall record. Schneiderman led the Spartans with a low 1.57 ERA after pitching 51.2 innings, he finished with 67 strikeouts and a 4-0 mark with six saves. Kueter led UD with an 8-5 record with a 2.95 ERA after tossing 94.2 innings and five complete games. He fanned 116 batters and walked just 16 this season.

The ABCA, founded in 1945, is the primary professional organization for baseball coaches at the amateur level. Its over 11,000 members represent all 50 states and 25 countries. Since its initial meeting of 27 college baseball coaches in June 1945, Association membership has broadened to include eight divisions: NCAA Division I, II and III, NAIA, NJCAA, Pacific Association Division, High School and Youth. The 76th annual ABCA Convention will be held Jan. 2-5, 2020 in Nashville, Tennessee.