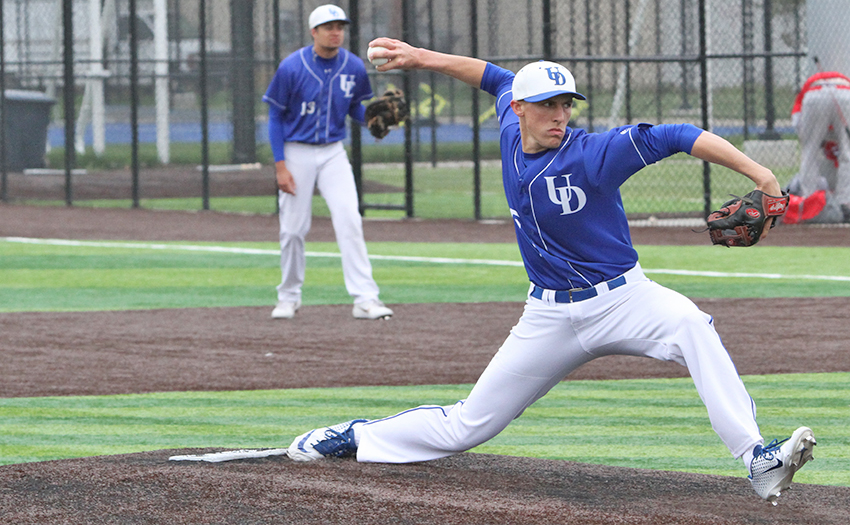 Senior Chase Kueter collected the 6-3 victory over the Central Dutch in the Spartans opening game of the 2019 A-R-C Tournament. He broke the school record for wins in a season with the effort, collecting his eighth of the 2019 season. He also moved into first place in the career wins mark with his 20th win with the victory on Thursday. 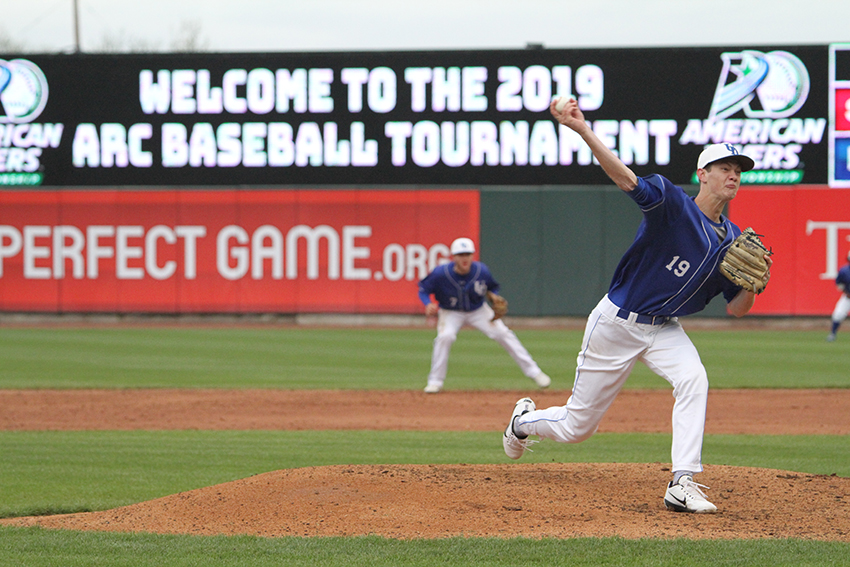 Jordan Nelson would take the loss in the second game of the day for the Spartans. UD lost to the #1-seeded Coe Kohawks 3-10 and will now play at 4 p.m. on Friday, May 10 against Central College in an elimination game.

CEDAR RAPIDS, Iowa - The University of Dubuque opened up the 2019 American Rivers Conference Tournament with a 6-3 victory over the Central College Dutch, but would fall to #1-seed Coe College Kohawks in the second game of the day by a 3-10 margin.

Shortstop Zach McCoy had the hot bat on a chilly, windy spring day against the Dutch and would finish the afternoon hitting 3-4 at the plate. UD scored six runs off 10 hits and committed one error. The Spartans Chase Keuter held the Dutch to three runs on nine hits and would fan 10 Dutch batters en route to a record breaking eighth win of the season and also a new UD career record with his 20th victory for the Spartans.

In the nightcap, UD faced the top-seeded Kohawks and were held to three runs on six hits, but committed three costly errors in the loss. Designated hitter Thomas Kempf found his niche in Veterans Memorial Stadium by ending the game 3-4 at the plate with an RBI.

The #4-seeded Spartans will once again face the #5-seeded Dutch who knocked out the #6-seeded Loras Duhawks in Thursday's elimination game by a 7-3 score. Central used three pitchers who allowed three runs on 10 hits to collect the win.

American Rivers Conference Ticket Information:
Single-­day tickets are $6.00 for adults and $3.00 for students with a college ID or younger. American Rivers Conference faculty and staff may present their IDs for free admission as well. An “All­-Sessions” pass is available as well at a price of $16.00 for adults and $8.00 for students. Tickets can be purchased in advance by contacting the Kernels office at 319.363.3887.